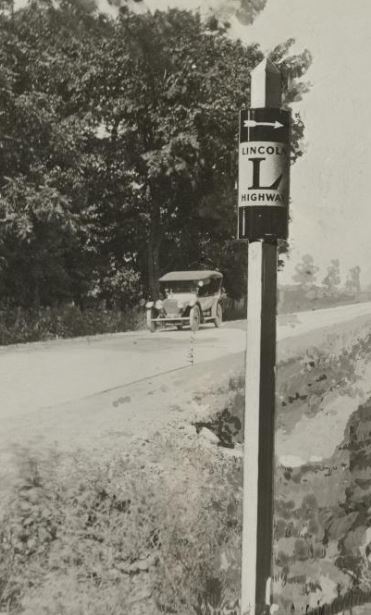 The description of this Lincoln Highway 1928 concrete post is listed as “opposite Vedder Oil Station” in West York, Pennsylvania. Vedder Oil Company was chartered in 1927 to conduct business at the intersection of West Market and North Pearl Streets. Further newspaper research shows that Wenton D. Vedder, Jr. (1897-1967) opened this Cities Service Station. Today the building serves as a Philly cheesesteak restaurant. We have to wonder if the original porcelain tiles are still under the buidling facade. Vedder didn’t stay long at this location, selling the property to the Crew Levick Company of Philadelphia who continued to operate this Cities Service Station. By 1937, Vedder had opened a new oil  business to 661 Grantley Road in York. His son, Wenton Darcey Vedder, III (1929-1980) founded the York law firm of Morris and Vedder and went on to serve as president of the York County Bar Association, the Lafayette Club and  head of the partnership that established the York Daily Record in 1970. Many Vedder family members are interred at the Susquehanna Memorial Gardens. 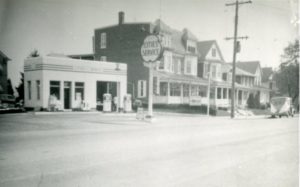 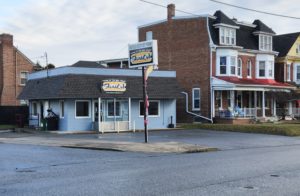 Yet, the location description clearly states OPPOSITE the Vedder Oil Station along Market Street to capture the attention of travelers heading further east into York City.  A 1928 newspaper article further reports the concrete marker location as replacing a previous Lincoln Highway porcelain sign on a wooden post that was installed along the route in the early 1920’s by The Autocar Company of Ardmore, Pennsylvania. This currently is a vacant lot that is for sale. Then, the property it was still filled with manufacturing buildings operated by the Martin Truck & Body Corporation.  Previously, it was the Martin Carriage Works and local historian Stephen H. Smith documents it’s history at Yorkspast.  Today, the remaining buildings have been renovated and used as apartments along West Market Street.

It’s unclear when this 1928 concrete marker was moved from its original location. If anyone knows what happened to Lincoln Highway 1928 concrete marker post number 86, please let us know. Thankfully, the marker in front of the West York Fire Company is nearby to remember our Lincoln Highway history along West Market Street through West York Borough.