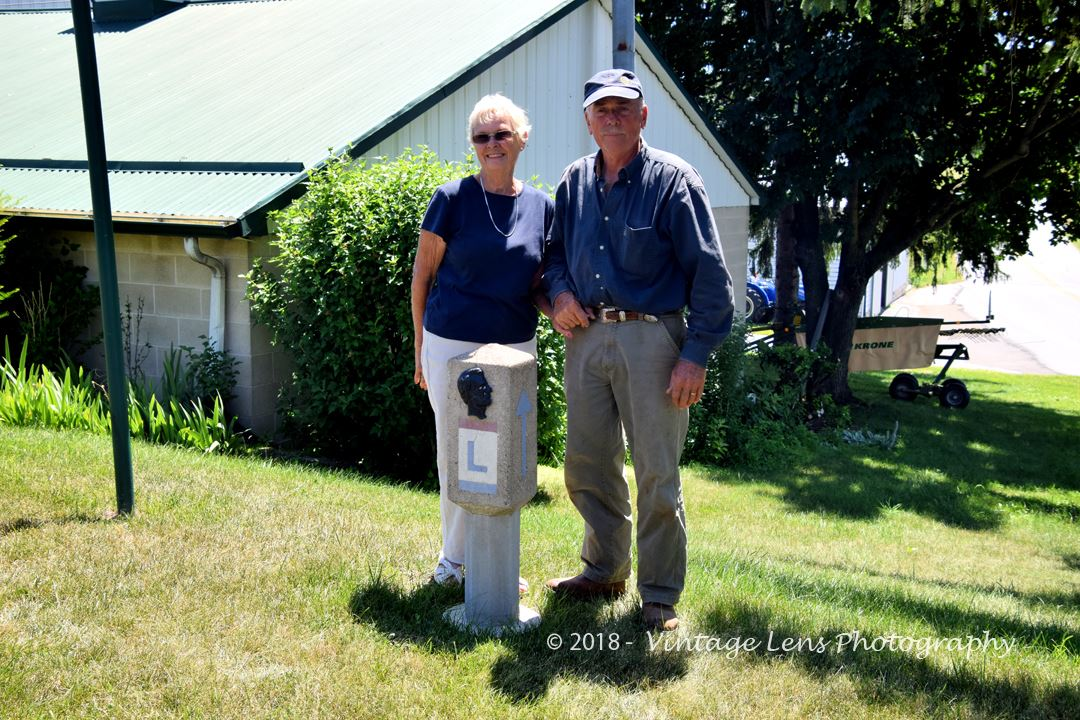 The listing of 1928 markers simply describes post 97 as a double arrow concrete post installed on the south side of the Lincoln Highway at “Martin Myer’s mail box.” Thankfully, further research not only revealed the location of this marker, but also a fully preserved original alignment of the Lincoln Highway in Paradise Township, York County, Pennsylvania When the original Lincoln Highway route was established for motorist across south central Pennsylvania in 1913 it followed a network of private toll roads. This section was part of the York and Gettysburg Turnpike that was established in 1819 to provide a reliable transportation route for horses and wagons traveling between the Adams County and York County seats. Both Union and Confederate forces traveled along this historic road during the Civil War. It wasn’t until around 1920 when the Pennsylvania Department of Transportation purchased these toll roads and began improvements fit for automobile travel that the road was first called PA Route 1 and eventually U.S. 30 as we know it today. 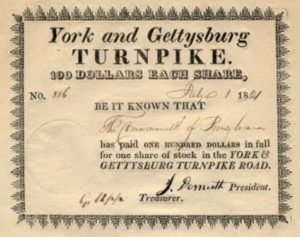 When the state planned to improve and widen U.S. 30 through Paradise Township, they ran into a problem at the farm just east of what is now called Lake Road. The Lincoln Highway was squeezed through a narrow gap between the house and the barn. This location was also a former toll gate location along the turnpike. Thankfully, the owner convinced the state to relocate U.S. 30 north of their buildings and both historic home and barn were preserved. This 1938 areal photograph clearly shows how the original alignment of the Lincoln Highway was preserved and U.S. 30 was curved north as you head west of the Village of Farmers. There’s also an early turnpike stone mile marker along the cluster of buildings at the eastern end of this original stretch of the turnpike if you take the time to slow down and look for it. 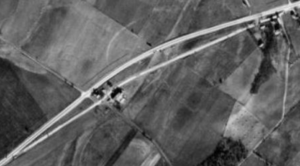 While most of the original highway has been swallowed up in a field, the driveway between the house and barn still follows the original alignment of the Lincoln Highway. The current owner, Dean Bentzel, confirmed that prior to being purchased by his family in the early 1930’s, the farm was owned by Martin Meyers. This is also confirmed in county deed records. Today, the Bentzel family has relocated a 1928 concrete marker from another location along the Lincoln Highway to remember the original 1928 marker location known as “opposite of Martin Meyer’s mail box.” The original medallion was missing so they replaced it with a metal plaque of President Lincoln on the top of the post.  Traveling west of the Village of Farmers you’ll immediately note the sign for the Lincoln Highway Cattle Company on the left. Make the next left  onto Lake Road and you’ll see their private driveway immediately on the left side of the road. Please respect their private property and admire this western most 1928 concrete marker still in the ground across York County. Think of the thousands upon thousands of Colonial pioneers, Civil War soldiers and early automobile enthusiasts that traversed this original section of this historic roads over the centuries. If only the early toll gates, fence posts, utility poles, road markers and even mail boxes could share their stories of our transportation history along the Lincoln Highway. 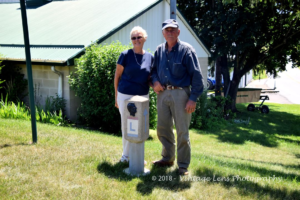